“Finding the right mentor is key. Their guidance can save you years of struggle. Ram’s book is far and away the single best resource I’ve seen on the topic. It’s not if you will buy this book… it’s when.”

“Mentorship is an essential part of growing as a designer – and, really, as a human being – but it’s not a topic that’s well covered within design circles. Ram’s book breaks this down in a way that is approachable for anyone.”

“Ram’s book provides a deeply thoughtful and practical guide to craft your character as a designer, from students to professionals. The best part of this book is that guidance compels you to act immediately.”

“Reading Ram’s masterful advice is a reminder that one should always be in search of mentors – no matter what stage. This book will be on my shelf as a gentle nudge that I will never be done growing as a designer.”

“The greatest weapon against drifting blindly is mentorship. Ram has created an easy to follow guide to getting a mentor that aligns with your values. I highly recommend it to navigate today’s fast-moving, professional landscape.”

“Wish I had this book when I started my design path; hell, wish I had this when I was 12! Structured in easy bite-sized and coherent chunks, this book will be so valuable to anyone looking to improve their design career.”

“Having a mentor is a must. Since the very beginning of my business, I’ve sought the help of mentors. In this simple, yet powerful book, Ram shows you the way to find and get the most out of a mentor. Great read!”

“If you want to level up your career you MUST get a mentor – and Ram Castillo is the perfect guide. Designers and creatives will find a heart-centered process for building relationships with mentors. This is a must-read.”

“Where was Ram when I was emerging as a designer? This truly is a unique resource that cuts through the bullshit, with clear-cut steps on how to get the mentor who’s right for you. Guaranteed.”

“Mentoring is time travel. In a moment, you can learn something that might take years. Ram gifts the world with the most comprehensive guide on mentoring that I have seen. Get this book at all costs!”

“Often young people are too timid to contact mentors. Anything that can remove that fear – like this book – is a good thing. Miss out on mentoring and you could be missing out on the biggest learning supports of your lifetime.”

“Ram’s series of books are giving young creatives a shortcut to a successful path. Like any adventure, there’s pitfalls and challenges, which can slow you down. This book is the perfect instruction manual to find your compass.”

“Even after six years as a designer, I find Ram’s guide very useful. It’s not only for those starting out, but anyone willing to learn from people they admire. I thank Ram for his generosity in helping us explore our potential.”

“By tapping into your mentor’s wisdom you will ‘turbo charge’ your design career. If you are considering this book, you are on your way to finding your ‘turbocharger’ and thus fulfilling your passion for design.”

“WOW this is one powerful book. Having mentors has been paramount to achieving success in all areas of my life. I wish I had this book 5 years ago! I felt empowered after reading it to live an extraordinary life.” 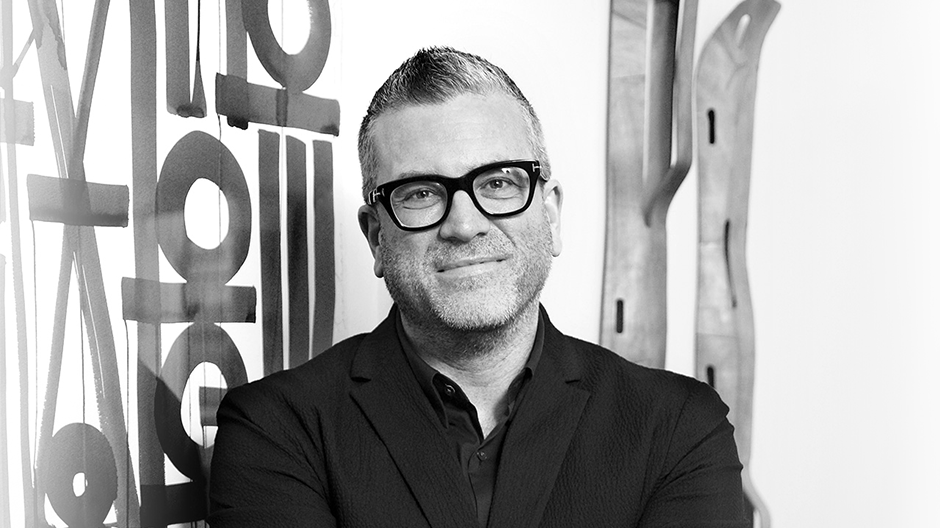 I’ve been blessed throughout my career to have had some of the best mentors in the business – Ted Horton, Bob Isherwood, Tom McFarlane, Maurice Saatchi, Bob Scarpelli, Keith Reinhard – to name a few. Each of them made me a better creative and, eventually, a better leader. My first mentor, and first boss, Gordon Dawson, helped me understand what it takes to be a proper writer. In my first week on the job he asked me if I’d read Catch 22, Slaughterhouse Five, Brave New World and about a dozen other novels. Of course, I’d read almost none of them. So he bought me a huge stack of paperbacks and told me to start reading. There’s no doubt that he made me better. And it’s a lesson that has stuck with me my entire life.

Keith Reinhard, Chairman Emeritus at DDB and lifelong mentor, once said of my role as a Chief Creative Officer, “Your job is not to create great advertising. It’s to cause it.” That’s become a mantra for me. In many cases, the advice I have received from mentors has literally changed the trajectory of my career. That’s why this book is so important. Further, the beauty of this book is that the author is not some high-flying exec, long detached from the reality of working life. Ram Castillo writes this book from the trenches. From the point of view of a working designer who is always trying to improve his skills. From the point of view of someone who, himself, actively seeks mentorship. In fact, that’s how Ram and I first met; some years ago he interviewed me for his blog about advice for young creatives trying to break into the industry.

In this, his second book, Ram jumps straight from the theoretical to the practical. This is not just a book about making a plan, this is a book about taking action. Nelson Mandela once said, “There is no passion to be found in playing small – in settling for a life that is less than the one you are capable of living.” Ram has laid out, in simple terms, the steps it will take to live the (professional) life you are capable of living.